Laughter is a wonderful medicine and the ideal remedy for when things are difficult or overwhelming. A well-executed April Fools’ prank is a great way to brighten the atmosphere and turn a frown upside down on April 1.

Your joke doesn’t have to be elaborate or difficult to pull off; a few of the best ones only require a little forethought and cost nothing to execute.

We’re not sure which is more enjoyable: pulling the prank yourself or giggling uncontrollably at someone else’s April Fools antics.

In any case, we’ve found a few simple April Fools Day jokes that are hilarious and entirely safe. Therefore, we can help you if you wish to play a practical joke on your friends or parents.

You and your friends and family will have the most amazing April Fool’s Day EVER if you choose a handful of these!

Many people, particularly when it comes to funny April Fools’ Day pranks, thrive on a sense of humour.

Yes, April 1st, frequently referred to as April Fools’ Day, is a special day that everyone can use to indulge their comedic whims.

Since everyone is aware that April 1st is often filled with practical jokes, it is more enjoyable to be more creative and surprise someone in completely unexpected ways.

In order to give you plenty of time to prepare, we’ve put together a collection of the 15 best April Fools’ Pranks.

What Is April Fools Day?

On April 1st of every year, individuals all around the world play practical jokes or hoaxes on one another. The celebration of this day, also known as April Fools’ Day or All Fools’ Day, dates back at least to the 19th century and probably even further.

In the article below, you may read more about April 1st traditions, jokes, and pranks. You can also find a variety of enjoyable things to do at home to make everyone around you laugh on April 1st!

The History Of April Fools Day

It appears that historians have trouble coming to an agreement on the precise beginnings of April Fool’s Day. According to some academics, a poem by English poet Geoffrey Chaucer from the 14th century makes links to a prank or practical joke.

Others think it comes from the Gregorian calendar’s introduction in the 16th century. As a result, the new year began on January 1 instead of at the end of March.

Some people are still using the previous calendar. As a result, they were treated like fools and the target of practical jokes and con games.

Another theory claims that the practice originated in France and Holland. April Fish Day is another name for April Fools’ Day in some regions of Europe.

Fish are the “fools” because they are easy to catch during this season since the streams and rivers are overflowing with them.

April 1st pranks have evolved through time from youngsters making fun of each other to elaborate hoaxes, from false newspaper headlines and articles to false commercial and technological advancements.

A well-known news story from 1957 suggested that you could grow spaghetti on trees, prompting a flood of inquiries from people wanting to know how to achieve this.

How Is April Fools Day Celebrated In Other Countries?

A fish drawing is taped to your back in France, Italy, and other European nations.

Poisson d’avril is how the French pronouce it ( April Fish!).

You’d be referred to as a herring in Sweden.

In certain nations, a candy fish is offered as a present in keeping with this motif.

April 1st and 2nd are considered April Fools’ Days in Scotland. People pull practical jokes and other pranks on you on the first day, earning the moniker April gowk, or April cuckoo. Traditionally, a cuckoo represents a fool.

Scots make jokes about the buttocks on the 2nd day of the event. The 2nd day is referred to as “Taily Day”.

In Ireland, jokes are acceptable until noon. After that point, continuing is not considered polite.

Due to the frequent hoaxes and practical jokes, April Fools’ Day is referred to as the “Day of the Lie” in Brazil.

The April Fools’ Day jokes have a strong positive connotation in Greece. If your joke is a hit, it’s meant to be lucky for you that year.

A day of tricks and jokes is observed on December 28 in Latin America and Spain. It is referred to as Holy Innocents’ Day.

Here we’ve come up with a list of the 15 best April Fools Day pranks so you can make all of your friends and family laugh on April 1st!

Place a helium balloon with the words “Happy April Fool’s Day” on it underneath a toilet seat and enjoy your family’s shock when they lift up the lid and it comes out.

Put a fake bug and a message saying “Happy April Fool’s Day” in your sibling’s lunchbox. But to ensure kids don’t go without food, remind them it’s okay to eat their lunch.

Add chocolate icing and cake decorations on a freshly baked sponge, then surprise your visitors. But refrain from eating it!

Put baking powder rather than sugar on plain doughnuts to fool your pals.

A great pastime on a sunny day is to choose a tree in your garden, stick marshmallows onto the branches, and voila! Your guests will assume it’s a marshmallow tree!

Watch your parents’ shock as they discover the house turned upside down by getting up extra early and flipping small objects upside down in your living room.

Stop them from flipping the light switch by taping it. Use colourful tape for abit more fun. The best tape for older children is clear tape that has been shaped to fit the switch. Make them question why the light isn’t moving!

Many people prefer to keep their kitchen’s utensil drawer neatly organised. They are so confident in their knowledge of the fork and spoon placement that they could reach inside blindfolded and easily locate what they require.

By swapping everything around, you’ll unleash true mayhem.

Switch things up by going through everyone’s underwear drawers in your house. Your mother will initially be perplexed by the fact that she only has tighty-whities before she realises that she has been conned.

Everyone enjoys sparkles, right? It spreads everywhere and is quite difficult to wipe up.

When your victim receives the glitter-filled envelope in the mail, make sure to be far away. Make the envelope appear to be important mail that they must open right away for further amusement.

You probably associate a caramel apple with summertime street festivals and county fairs.

So you probably wouldn’t think twice about biting into something circular, wrapped in caramel, and equipped with a stick at the bottom. But imagine if the apple underneath all that sweet caramel was actually an onion. Gross!

It’s harder to follow the saying “don’t cry over spilled milk” when the milk is all over your computer.

For an April Fools’ joke, you certainly wouldn’t want to truly break someone’s computer, but you can temporarily fool them into believing you did.

A glass surface as well as some glue are all you need.

This April Fools’ joke can convince kids who grumble at eating well to change their minds.

They will discover that what initially appears to be a delicious platter of chicken nuggets is actually a bar of soap that has been cleverly disguised.

They will remember they should have had the salad instead when they get that sudsy mouth feeling.

Prepare a bowl with milk and your victim’s preferred cereal, then place it in the freezer for the night.

On April 1st, make them breakfast and watch as they uselessly attempt to scoop a spoonful. Before freezing the entire bowl, partially immerse the spoon in the milk for added comedy.

Imagine grabbing some toilet roll in a bathroom only to find that what seemed to be a complete roll is really a decoy that simply has the message “APRIL FOOLS” on it.

Okay, so this one may be a little cruel, but the person who came up with it is a true genius of practical jokes. All you need to create it yourself is cardboard, glue, scotch tape, scissors, and toilet paper.

Jokers all around the world enjoy April 1st because it gives them an excuse to pull practical jokes once a year. It follows that the informal holiday, which falls on April 1st each year, is among the oddest on the calendar.

This day is typically filled with everything from spontaneous jokes to the most cleverly crafted hoaxes, all of which have varying degrees of success. Hopefully, this article has given you some fun and harmless ideas to try out on April Fools Day! 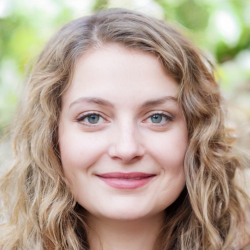 Alexa Pratt
Hi, my name is Alexa Pratt and I am a self-certified joker. The class clown of my friends, if you will. I have a passion for jokes, pranks, memes, and anything that I can get a laugh out of.

If you’re a fan of comedy, or just in desperate need of a good laugh-till-you-pee, you’re in the right place. In a world that can be so dark at times, humor will get us through. Enjoy!